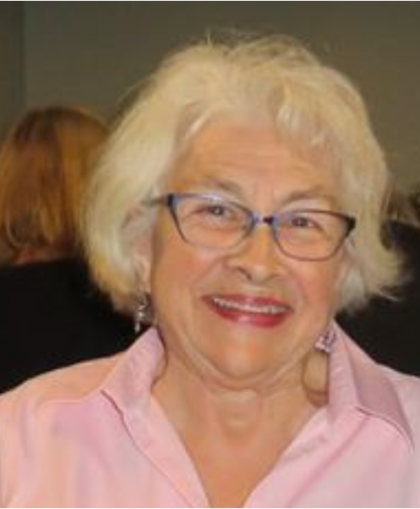 Congrats to our own Elisa Dickon, who was recently chosen as an Exemplar Award Nominee for the Hampton Roads Gazeti. For the 9th year, Hampton Roads Gazeti will recognize up to 50 volunteers who’ve made exemplary contributions in support of their organization’s community-service mission at a special awards program and reception on March 29th. The Exemplar Award was created as a way for community nonprofits to publicly recognize and say “thank you” to volunteers who go the extra distance ­— individuals who exemplify the true spirit of the organization’s mission.

As a member of the Coastal Virginia Unitarian Universalist congregation (CVUU) of Virginia Beach, Elisa Dickon has spent more than 33 years helping others serve the homeless and hungry who live in Norfolk.

“My biggest need is to do social justice. You have to put your hand in another’s so that together we may do what we can not do alone,” she said.

For 31 years, Elisa and others have made sandwiches, distributing them to upwards of 100 hungry persons, three of the four Mondays of each month. Often 12 dozen eggs are hardboiled weekly, with other food items filling the sandwiches. The Sandwich Makers of CVUU (formerly the Unitarian Church of Norfolk [UCN]), partner with The Norfolk Catholic Worker and meet at 7 am Tuesdays to pass out sandwiches and snacks on Salter Street, Norfolk. Clothes, rain ponchos and socks are also given out.

Twenty-six years ago, Elisa and others realized that during that very cold winter, the homeless of Norfolk were sleeping outside. “We realized that we needed to open our church when the temperature was 32 degrees or less to offer a safe and warm place to sleep. That service of social justice went on until warmer weather began.  “We were all pretty tired by spring,” she added. This social justice program became known as the Norfolk Emergency Shelter Team (NEST). In 2020, about 30 churches and synagogues in Norfolk and Chesapeake participate.

Elisa has also served her church by singing in the choir and playing her harp during Sunday Services. She has been seen on street corners picketing against different social injustices such as wage inequities and climate change. She has been a member of other church committees and now serves on the Environmental Initiative. She has chaired of the Social Justice committee several times.

Not only will honorees will be recognized at the public ceremony and reception March 29th, but profiled in the special Exemplar Awards Souvenir Edition of Hampton Roads Gazeti.

Tickets will be sold after services during coffee hour at CVUU, but can also be purchased online. Costs: